The large number of photographs collected called for the classification process to be carried out individually. The two thousand pictures were selected and organized at an intense pace, with the viewing process limited by the time-frame of the collective experiment.

Hortense Soichet worked on sorting out the photographs collected with the help of the GRAPh’s members and participants who agreed to entrust us with their pictures. Over the five days of the residency, thousands of photographs were viewed in an effort to offer a curated selection reflective of the collection’s content.

Following a visual approach, Hortense Soichet divided the photographs into the four categories discussed with the photographers interviewed, but without having partaken in the interviews herself, and therefore unaware of the content of the discussions leading up to the categories.

The first category, Transforming/Being Transformed contains mostly portraits, as a way of exploring the relation to the self, to one’s body and identity. Many of these pictures are studio photographs. There are also more enigmatic pictures, still lives that implicitly harken back the person who took them or photographs of drawings of people. This group is hence made up of pictures that focus on the relationship between the photographer and their camera, forming a first level of approach to images in a learning context.

The second category, Taking Up/Passing On provides a second level of approach to images: it includes photographs which address the relationship to others and to learning, or transmission. Other pictures show the internal workings of the GRAPh: events, meals, parties, photo-shoot outings, behind-the-scenes projects, etc.

The third category, Looking/Finding is mainly made up of wide shots of outdoor locations, most of which were taken in Carcassonne. Some were taken during workshops that took place in identifiable neighborhoods (the downtown area, La Conte, Viguier, etc.) or during defining moments for the GRAPh’s community or the city of Carcassonne: celebrations or events like the 2018 floods.

The last category, Moving/Being Moved contains pictures that may seem unusual or that draw on effects likely to disrupt our reading of the image. Some photographs are even abstract, with their authors playing on the materiality of the photographic medium.

These four groups make up a two-way journey, from a movement away from the self and toward the other to a return to the self. The purpose of this classification is to avoid categorizing pictures based on type of practice, type of participant or photographic genre, focusing instead on the formal aspect of pictures and suggesting a first level of interpretation. This classification is relevant provided the pictures can be viewed together, that is if the set-up allows for a simultaneous display of the four groups, with four separate screens placed side by side. This way of displaying the photographs creates a series of polyptychs that can lead to other image combinations.

During the exhibition, two thousand photographs streamed across the four screens, placed at the forefront of the print photograph display. Certain photographs could be found in different categories according to their presence in the slide-show or in the print display. Others were featured across multiple categories. 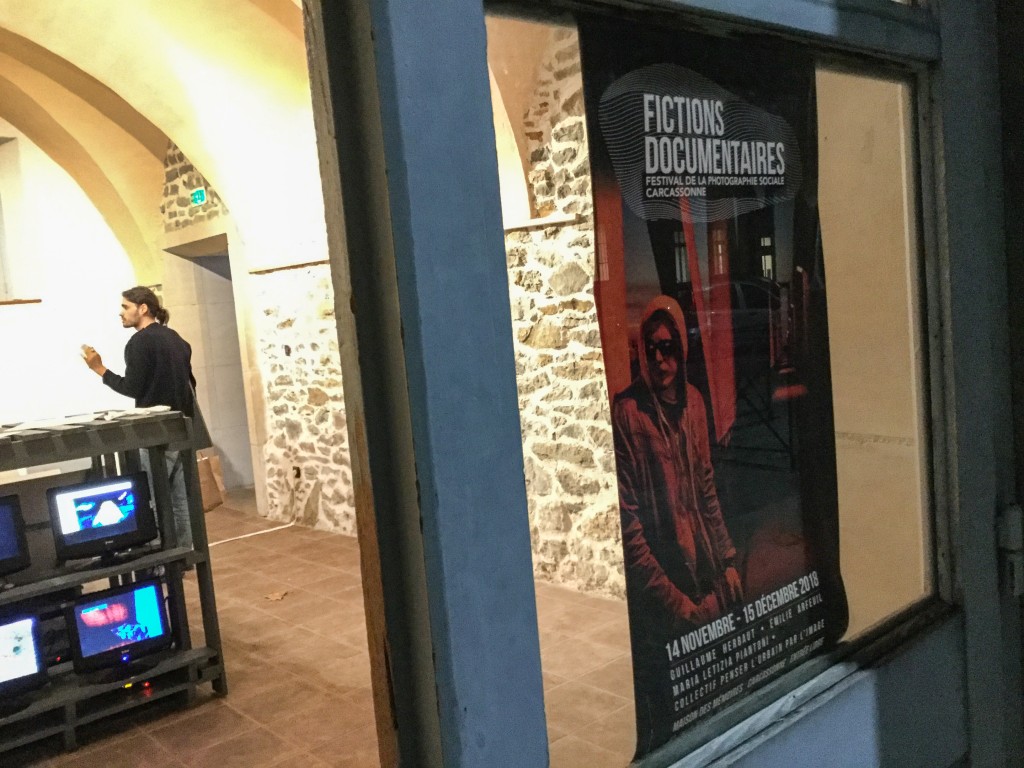 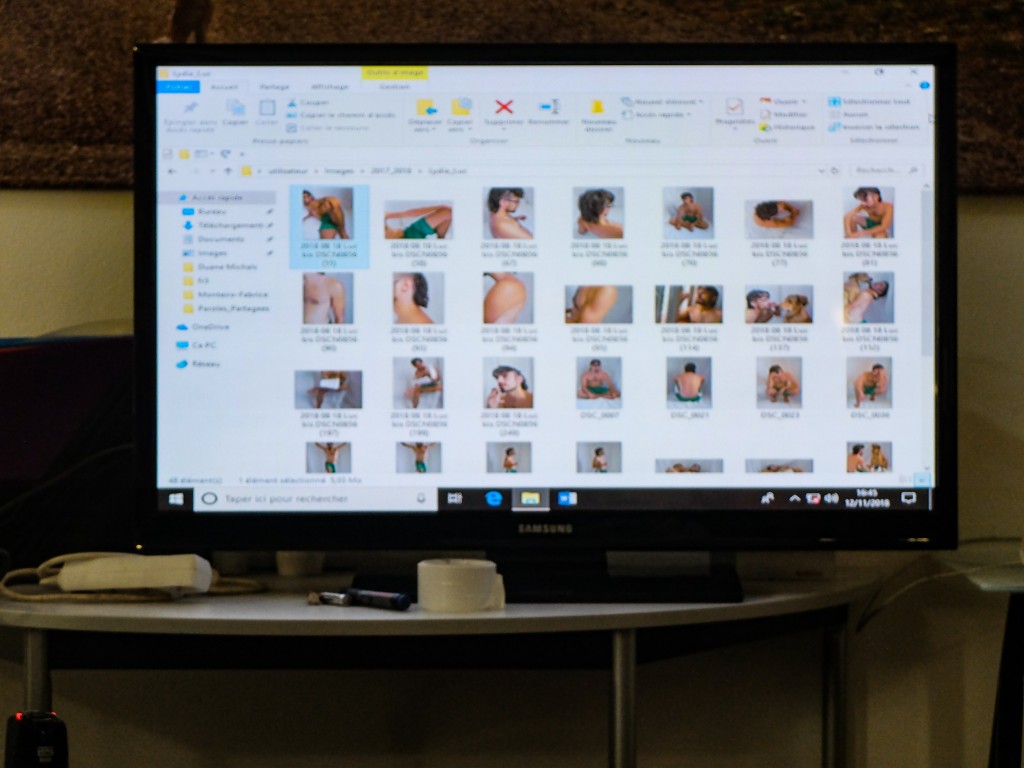 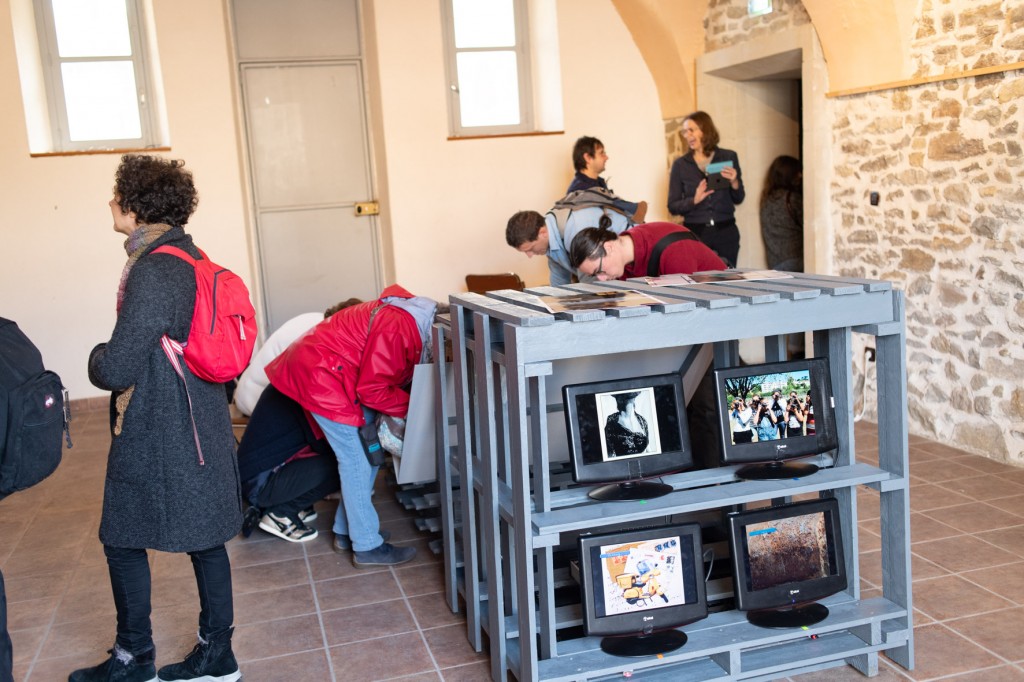 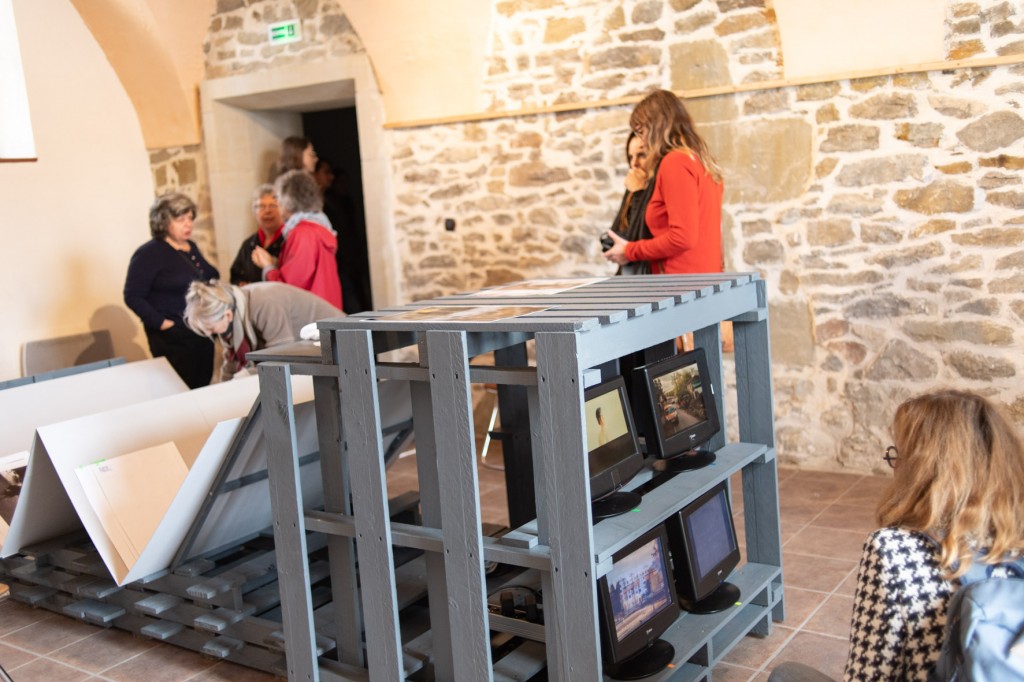 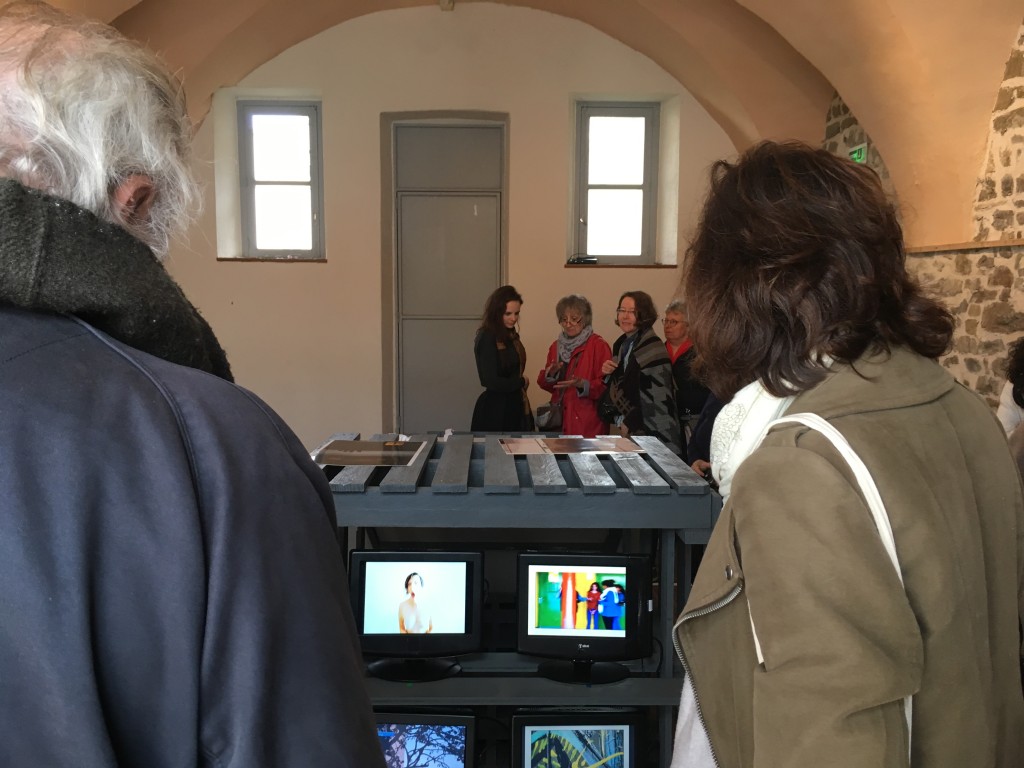 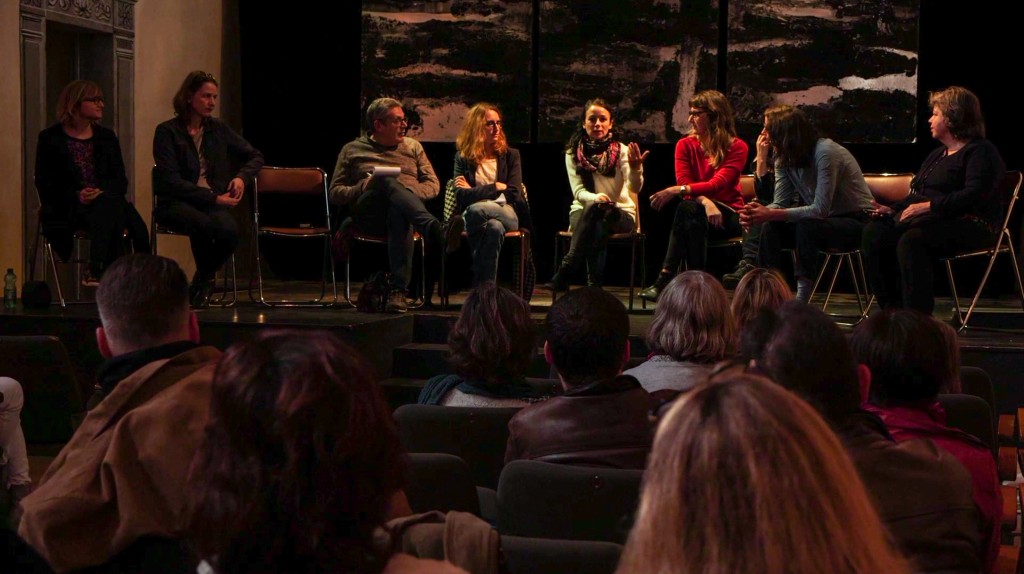