From the labyrinth of a hard-drive entrusted to us, we began gathering pictures. Once on location, we invited individuals involved with the GRAPh to come drop off their photographs and discuss them with us. These interviews extended into a filmed sequence which confronted each photographer with one of their pictures. These different steps outlined a classification project, a collaborative index for a future library – the fictional prototype of which was exhibited at the end of the experiment.

Carrying out an experimental project in limited time

Photographer Hortense Soichet, given carte blanche by the GRAPh, turned it into an opportunity for a research-creation residency for the collective Penser l’urbain par l’image, of which she is a member. Collecting amateur photographs from workshops whose existence can span up to 30 years might seem like a long-haul project. But with limited time available to us, we were compelled to invent ways of working fast – in under a week –, initiating a quest that might be pursued or taken up elsewhere, in other forms. While the initial proposal arose early on, the work was fleshed out in Carcassonne between the GRAPh’s offices and the nearby Jesuit Chapel. The latter housed the closing exhibition of the experimental workshop. Research in visual arts and human and social sciences intertwined on this documentary search for a photography collection and what it might tell us about the geographical attachment of its photographers, as well as their relationship to images.

The final installation did not only present the output of this work: it conditioned its unfolding, conceptually and materially. The intensity of an experiment designed and lived out with the prospect of a public exhibition to come catalyzed the entire process. The short time-frame, the limitations tied to the use of photography and video, the desire to engage with the people involved defined our approach and artistic choices.

The GRAPh, an organization involved in the fight against social exclusion through the practice of photography, works with artists to bring its popular education approach to disenfranchised or vulnerable communities and nonprofessional photographers. Divided into workshops, they make up several groups within a larger collective committed to promoting self-empowerment and the reappropriation of one’s environment through a visual medium, also encouraging new forms of articulation.

As the photographs were collected, sharing with the photographers made it possible to provide, and also question, the meaning of recontextualized images. The result was an experimental and collaborative indexing project based on categories and key words, whose provisional formalization presented an invitation to manipulation and deconstruction. This approach called into question the usual processes that underlie knowledge hierarchies and dominant norms of representation. It combined the GRAPh’s self-empowering strategies with our own collective’s feminist approach: the assertion of the situated nature of knowledge (Dona Haraway, Sandra G. Harding, Delphine Gardey, Joan Scott, Helen Verran), the importance of a variety of constructed and contrasting standpoints. Materialized as a prototype for a library – the ultimate urban amenity for the sharing of knowledge – it aimed to produce and combine potential documentary counterviews.

Throughout this quest for “the GRAPh’s photography collection,” and for ways of making it accessible, our goal was not to assume an archivist’s or a librarian’s stance. Collecting the photographs and dividing them into categories instead prompted a reflection on visual archives’ modes of existence. Our goal was not only to allow this once-scattered collection to be seen, but to bring it into existence based on past artefacts dug up from personal hard-drives, the organization’s shared computers, and observations made by the photographers. Finding and shifting our position as we “faced” the images (Georges Didi-Huberman), taking into consideration the situations they emerged from and which they created, led to a production of new images also involving a shift in media: through the use of print, multi-screen confrontations, viewings, shooting a film, and designing a spatial arrangement.

It’s activation under specific conditions is what turns the photographic image into a visual archive. Once exhibited, it becomes a performance.

The symposium on Archives installatives organized in September 2019 at the Vienna Institute of Ethnology gave us the opportunity to continue this discussion on the various modes of activation and existence of photography and film archives.

Founded in 2012, the French-German collective Penser l’urbain par l’image, in collaboration with the Labex Futurs Urbains, brings together anthropologists, architects, geographers, sociologists, city planners working with photography and/or film as well as artists for an experimental exploration of the potentialities of film and photography for urban research.

An organization dedicated to the promotion of popular education, the GRAPh (Photography-based Outreach and Research Group) has developed cultural and artistic outreach programs in Carcassonne for over 30 years, working to address social exclusion through photography workshops aimed at a variety of communities.

Were involved in this project: the GRAPh workshops “Visually Impaired,” “Professionalization,” and “Creation,” as well as students from the university program “Documentary and Digital Writing.”

For the festival’s 2018 edition, the research-creation program Re-prises was formalized as an exhibition made up of a multiscreen photography installation, manipulable prints, and a 45-minute video. This figurative and reflexive approach which reactivated and performed an individual and collective production for the duration of a residency took place the same month as the festival, in November 2018. A first Q&A organized at the opening of the exhibition kicked off a conversation between photography critic Christian Gattinoni, the former director of the art center Julie Martin, visitors, and the collective Penser l’urbain par l’image.

In 2017, the festival’s programming team, made up of members of the GRAPh, working in collaboration with Christian Gattinoni, gave Hortense Soichet carte blanche for the next edition’s exhibition. She chose to invite the collective Penser l’urbain par l’image of which she is a member, triggering the encounter out of which this project was born. 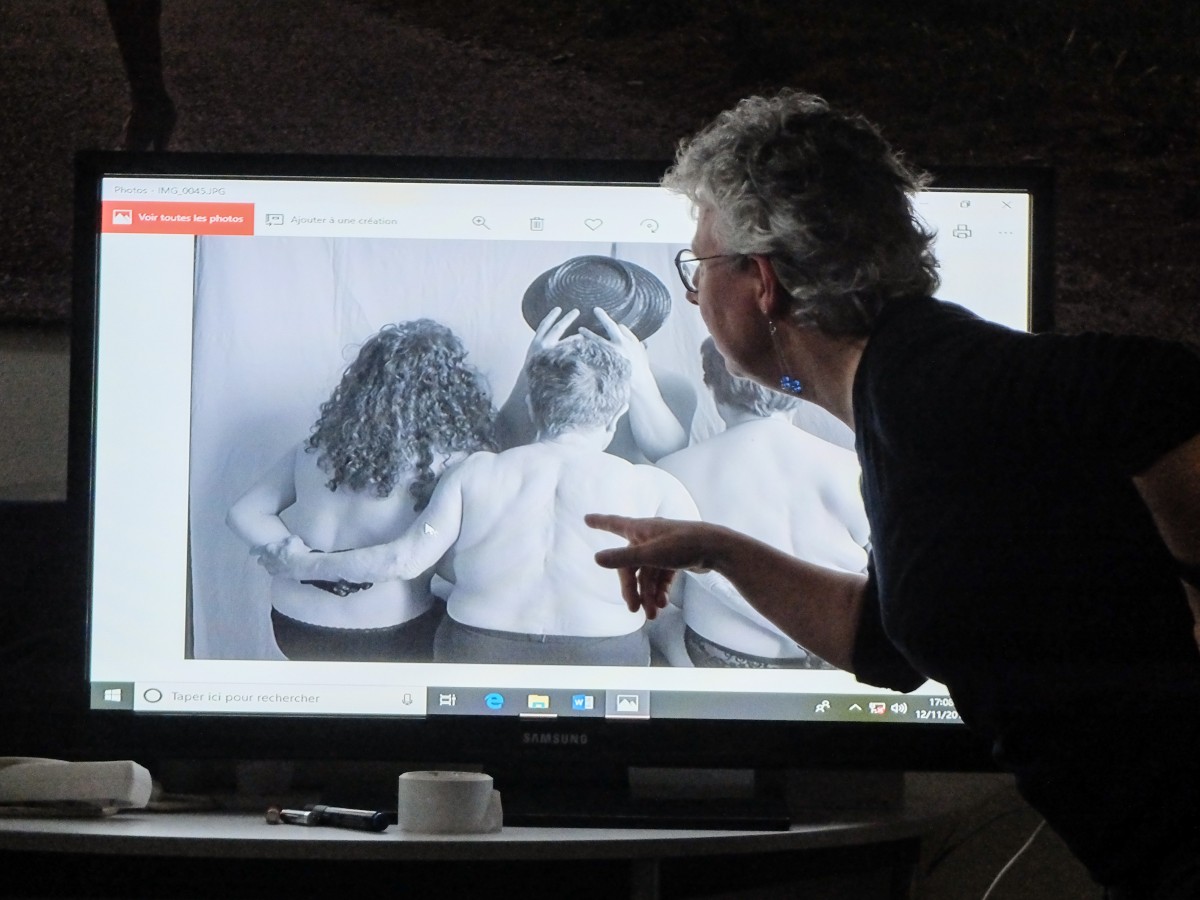 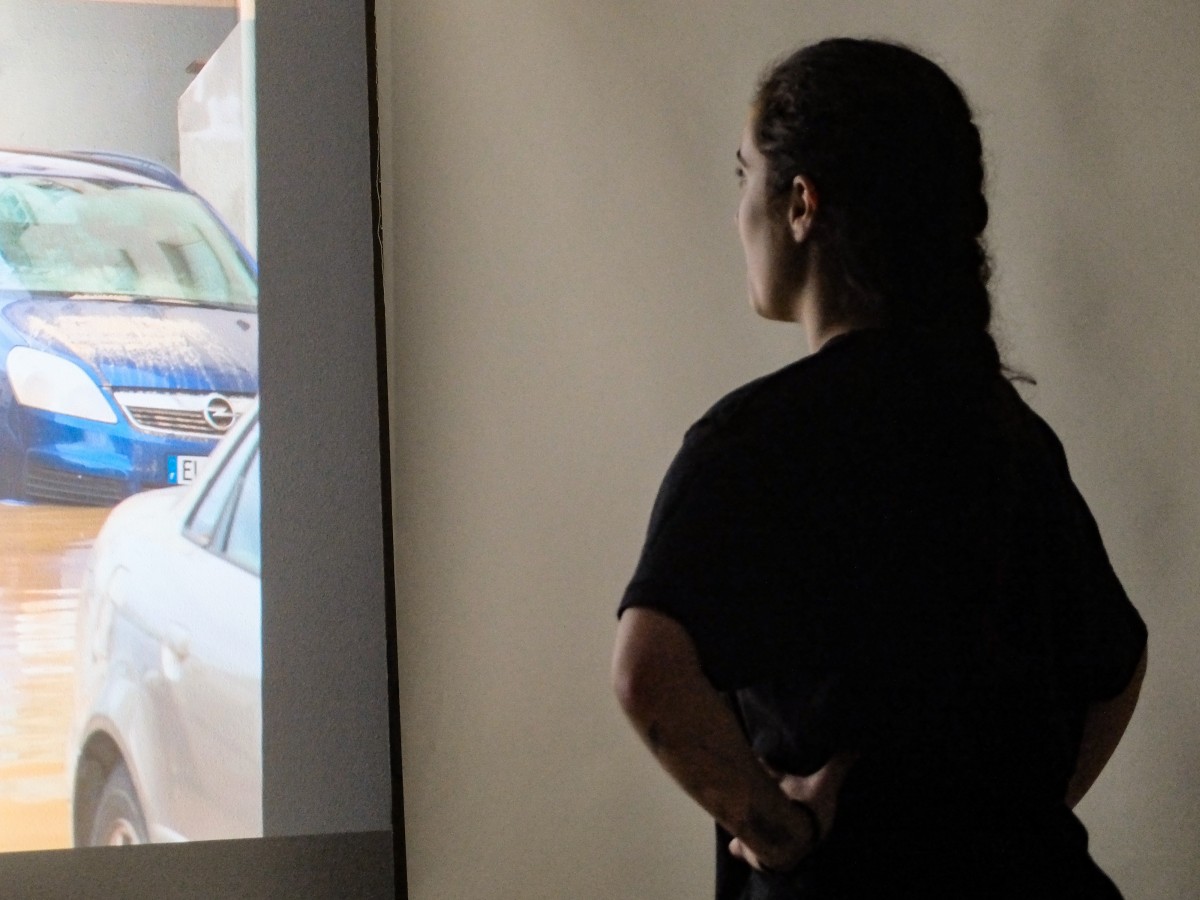 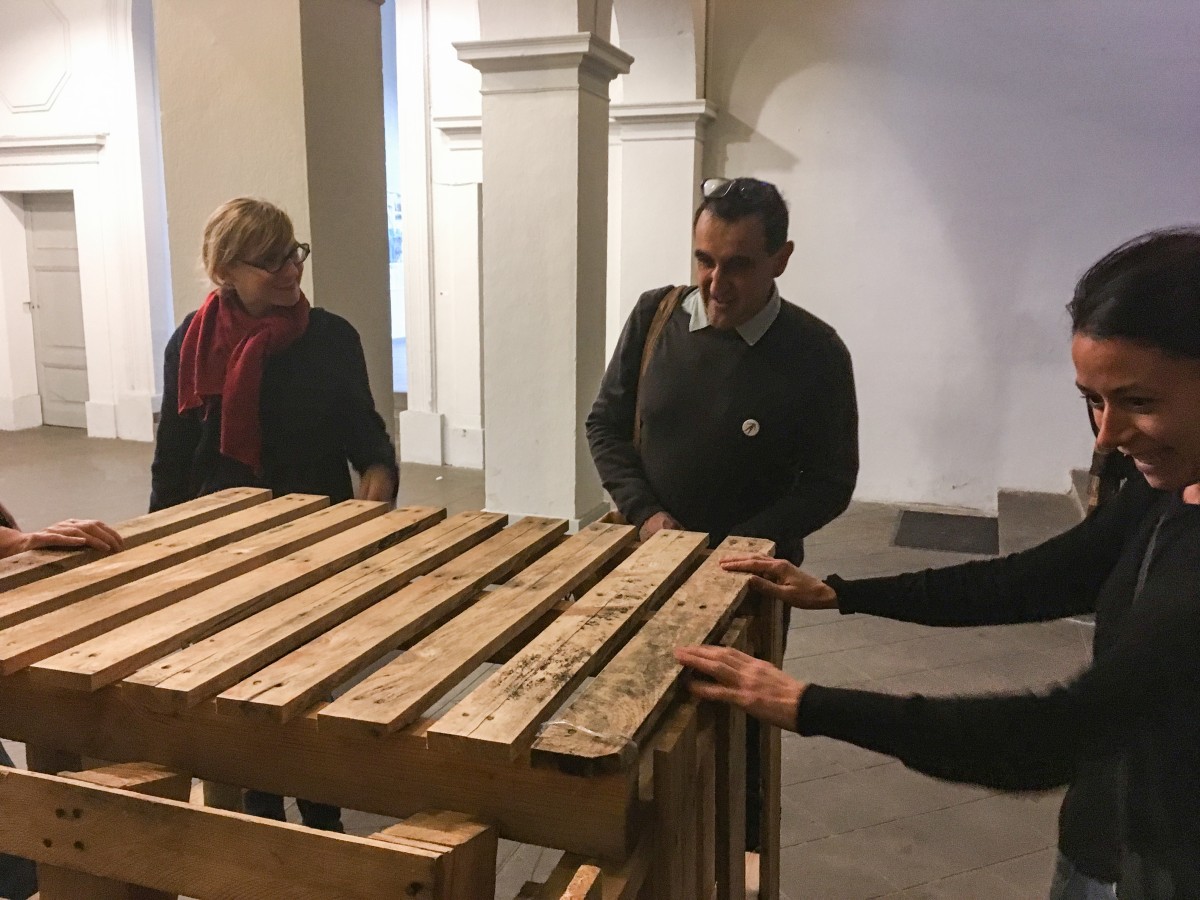 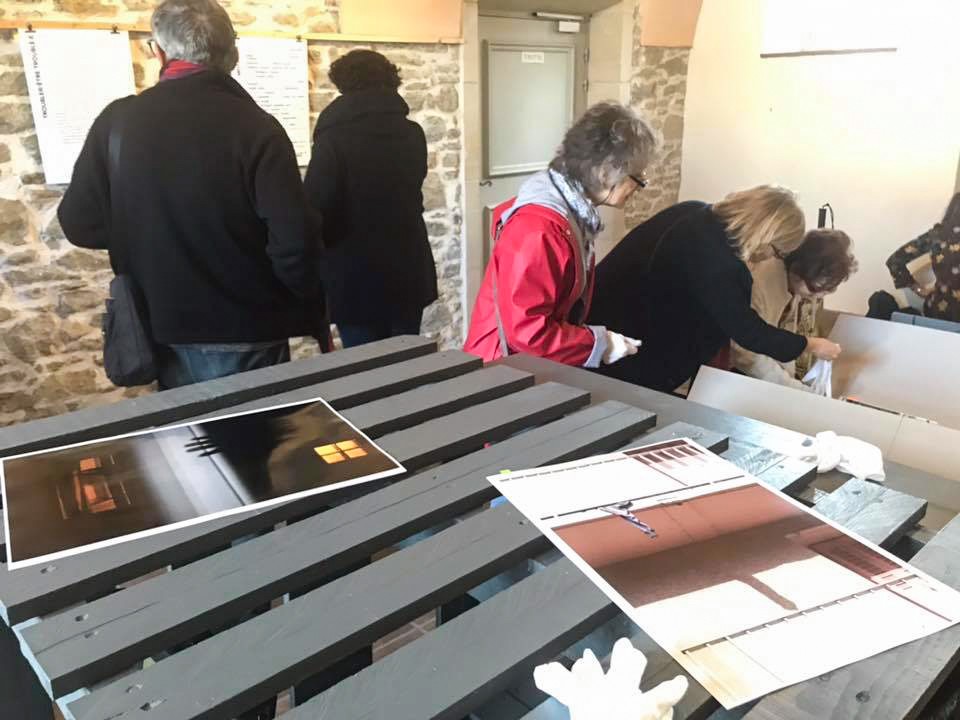 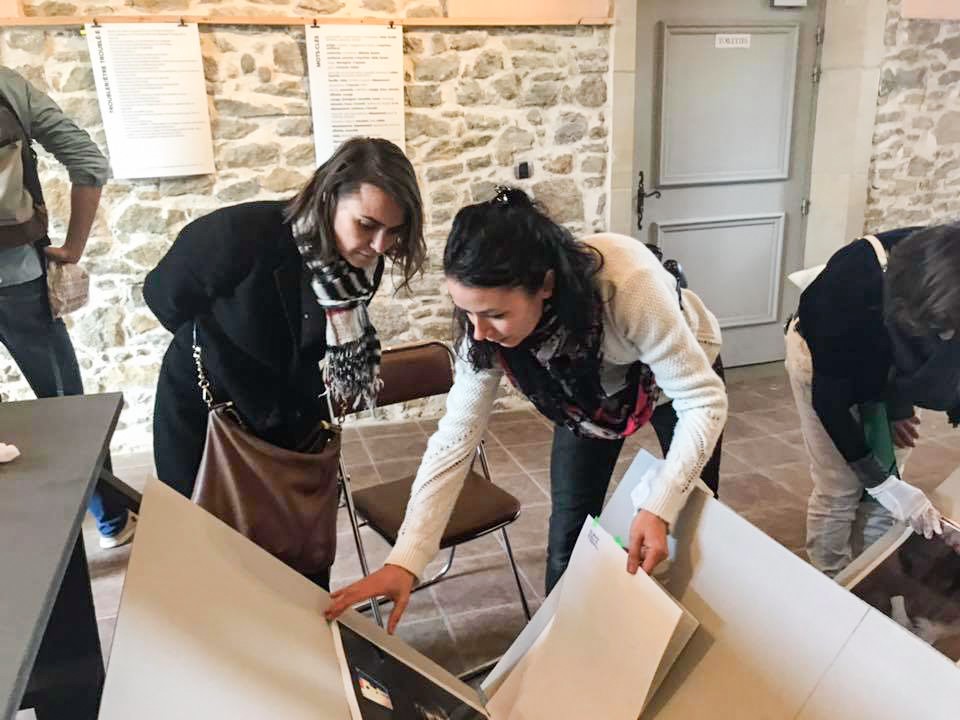 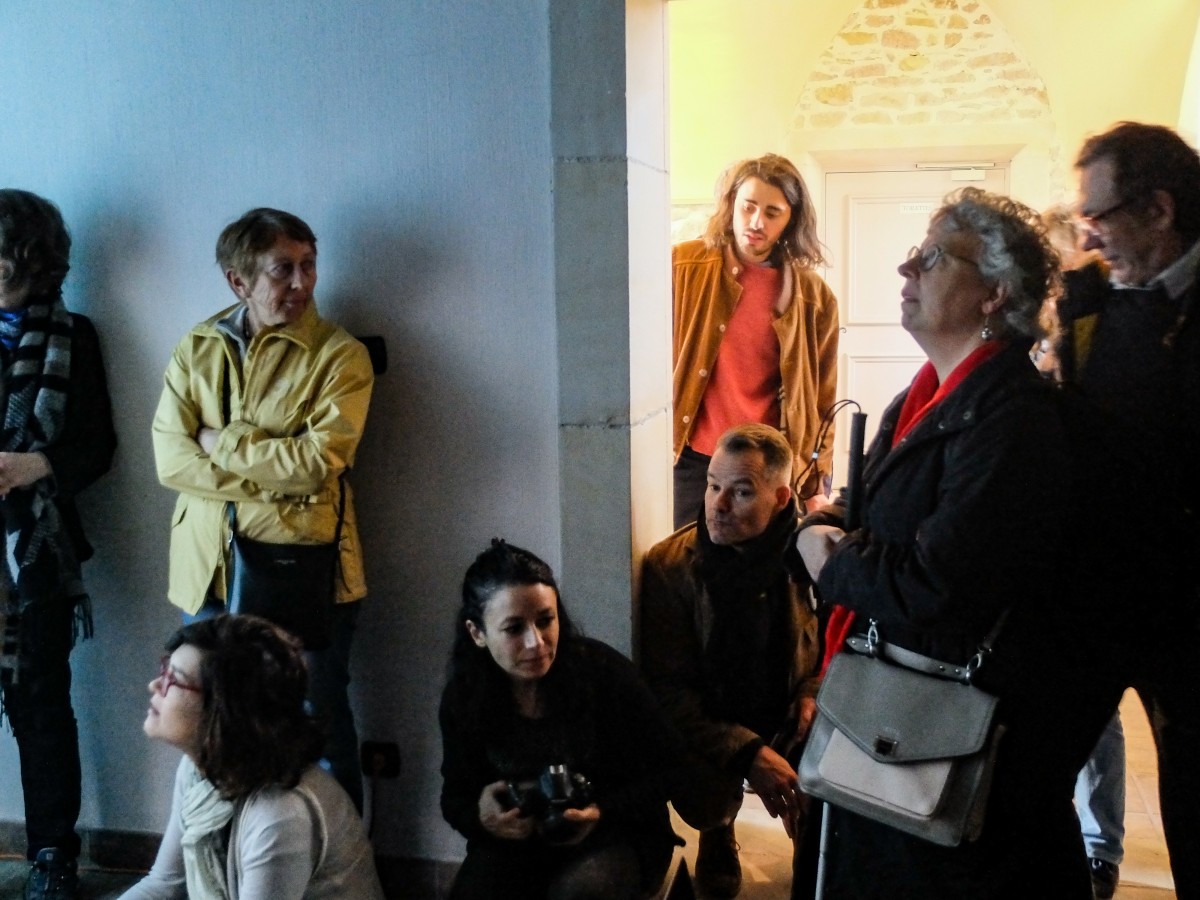 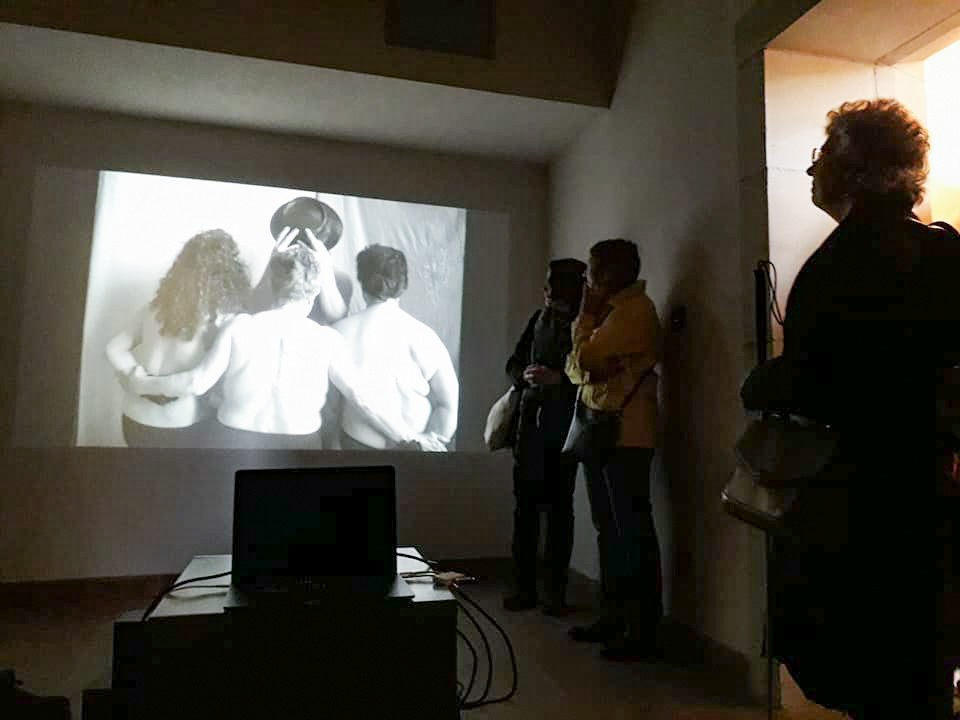 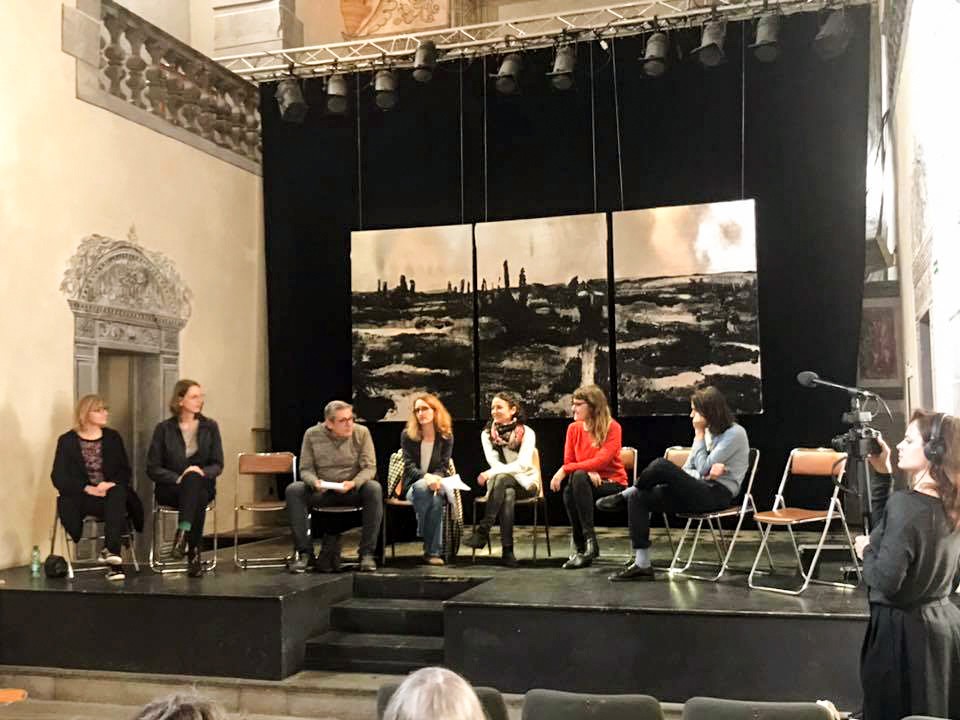